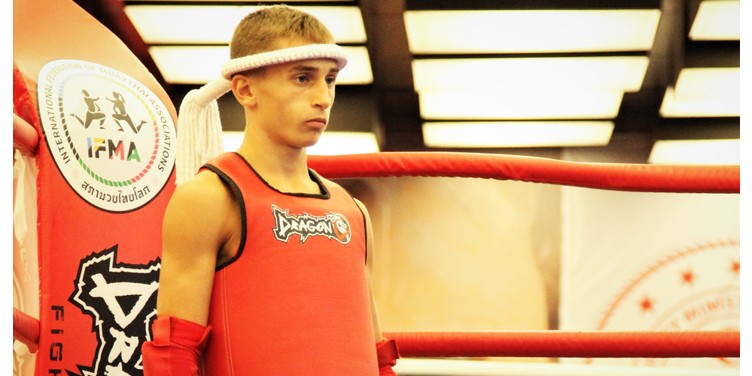 Fiodor Cazanji is a phenome from Moldova who on his first ever event gained the confident win over regular participants of Youth World Championships.

The 2019 Youth World Championships became his first and last IFMA event in his status of a youth athlete as next year Fiodor turns 18 and will be transitioning to the Elite divison. Still in his short youth career he left his mark winning the gold medal in Antalya, Turkey.

Having three bouts against top muaythai countries Fiodor showed again that Moldova is a country full of potential in muaythai and in few years these kids will shake up the current IFMA champions, and will rival for the spots in the Games like World Games, Combat Games and many more.

Fiodor’s first ever fight in the IFMA uniform was drawn against representative of Uzbekistan, and a confident win suprising both teams with the difference that for Uzbeks it was an unpleasant one, and for Kazakhstan a sign that their semifinal wil definitely not be a walk in the park against a newbie.

The Kazakh’s concerns were proved to be right, as they had the same fate as their geographical neighbours a day before. Confident win sent the Kazakhstan team to the 3rd step of the podium and Moldova to the final against the hosts of the event.

The final bout was against the local athlete who would need to go and prove himself in from of the native crowd, and it was one of the fights to watch. Still the last obstacle was taken by the young Moldovan who now has 100% record in his IFMA career.

Next stop for Fiodor is the World Championships and we may see him in U23 or Elite division.