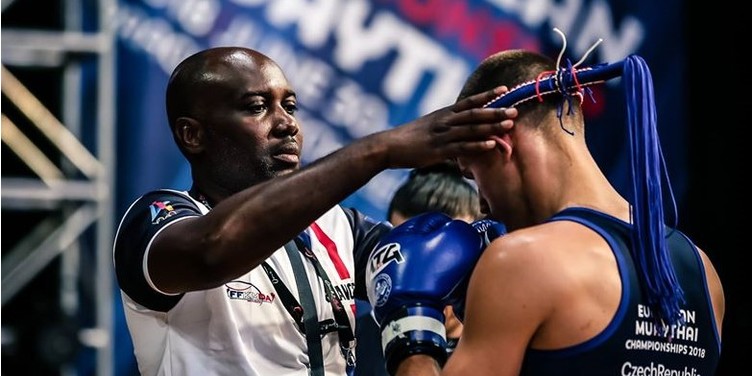 Alassane Gaye has been one of the longest serving coaches in France building the champion’s image for the French muaythai since more than 20 years.

Getting in touch with muaythai at the age of 14 Alassane and muaythai have been together until now as he celebrated his 49 birthday this year. With the end of boxing career a long way as champion in the corner began for Alassane and that’s when the biggest victories found him and the French team. Since he took off gloves and put on pads France saw incredible results with one historical achievement of the Best Team award outperforming even team Thailand.

It was Jacques Mairesse, the President of the French National Federation at a time, who brought Alassane to work wit the national team and be part of the French delegation at the international competitions.

Today Alassane takes the position of the head coach building the team of the best athletes from all around France to challenge the world and Europe for medals.

Not only the great talent of Alassane propelled team France to the top of the world rankings, so many great coaches joined the team to ensure French athletes get the best advice and cornered by the most experienced French coaches.